Brown discharge during pregnancy: Is it normal for me?

Depending on the stage of pregnancy, a brown discharge could mean multiple things. It could be a normal sign in early pregnancy, mostly referred to as spotting.

Now, don’t get too comfortable.

If the brown discharge comes with other not-so-friendly symptoms, it could signal an underlying health condition. Read on as we talk about brown discharges and what to be wary of.

What Is Brown Discharge?

You could easily say that brown discharge is the color of the discharge you see in your underwear.

But that’s not all there is to it. What causes the brown discoloration?

When blood meets with oxygen, it changes from red to brown due to oxidation. So it’s not a wonder that your menstrual blood mimics the same process.

One thing that doesn’t add up is how the blood in your body comes out brown if it hasn’t been exposed to oxygen.

Since the bleeding is a little, the flow speed will reduce, meaning that it will take time for the blood to flow from your cervix to your vagina and then out. This gives it time to react with little oxygen in its surroundings leading to the brown color you see on your underwear.

Causes of brown discharge during pregnancy

Honestly, the causes are more than you can imagine. In most cases, brown discharge is nothing to worry about. However, if it’s accompanied by other symptoms, like vaginal itching, pain, unpleasant smell, or irregular menstrual cycle, it can signify an underlying health condition.

Let’s take a quick dive into some of the common causes of brown discharge at different stages of pregnancy:

If you just got pregnant and are in your early stages, you may experience light bleeding or brown discharge.

So it’s not surprising that 20% to 40% of pregnant women have light brown spotting during their first trimester. This is no cause for concern, but you can cross check with your doctor to make sure everything is fine.

Other reasons that can cause brown discharge during the first trimester include:

Vaginal discharge may happen in your early stages of pregnancy because of implantation bleeding. It can lead to a faint brown discharge as your body sheds off the blood that oozed out due to implantation.

As a pregnant woman, your body goes through several changes throughout your journey. One of these changes include the rapid changes of your hormonal levels. This causes an increased blood flow to your cervix.

Now, some people have a sensitive cervix. Any minute irritation can cause bleeding which leads to a brown discharge.

Although it is less common, ectopic pregnancy is a major cause of brown discharge during your first trimester.

It occurs when a fertilized egg grows outside the uterus, for instance, in the fallopian tube. Symptoms of ectopic pregnancy include extreme pain and vaginal bleeding. Some people may notice pain on a part of their abdomen or difficulty in using the toilet.

Sometimes, a brown discharge can happen in the first, second, or third trimester. Some of the conditions that cause this include:

Cervical polyps are growths that are found around the cervix. They are finger-like projections originating from the mucosal layer of the cervix. Depending on how sensitive your cervix is, irritation to it can cause these polyps to bleed.

Doctors don’t advise that you remove these growths while pregnant unless necessary. In fact, a particular study notes that removing polyps during pregnancy can increase your risk of miscarriage or preterm delivery.

A brown discharge may tell you if you have lost the baby or not, however, this is not the overruling symptom of pregnancy loss.

Contact your doctor as soon as you notice any of these symptoms.

As you approach the end of your pregnancy, that is the third trimester, brown discharge can show that you’re about to deliver or there are certain underlying complications.

This is the release of blood and mucus from your vagina towards the end of your pregnancy. It shows that labor is about to begin.

Preterm labor usually comes with discharge that happens towards the end of your pregnancy. Asides from bleeding, other things that signal preterm labor include:

If you notice any of these symptoms, consult your doctor as soon as possible.

This is a condition where the placenta covers the cervix either partly or fully. While some women have no symptoms, others may experience certain levels of bleeding.

When to See a Doctor

If you occasionally see brown discharge, then don’t be worried. But if it lasts for weeks; has a strong odor; occurs after menopause; or even happens after sex; then seek immediate medical help.

Additionally, visit your doctor if you notice symptoms like:

Should I be worried?

Around implantation, you may see pink or brown blood from implantation bleeding, which is entirely normal.

If you and your partner had unprotected sex and see a brown discharge instead of a period, it would be wise to go for a pregnancy test as well.

What happens when you test positive and still see a brown discharge?

It’s nothing to worry about but ask your doctor just to be on the safe side. Sometimes, dark brown discharge while pregnant could be a sign of miscarriage.

Other signs of miscarriage are cramps, so if you have a mixture of cramps and abnormal discharge, then call your doctor.

Managing a brown discharge during pregnancy

The treatment you’ll get will not always be the same because the cause of your discharge may vary. For instance, if you live with a vaginal infection, your doctor may give you antifungal or antibiotic medications depending on the type of infection.

To avoid the discomfort that comes with abnormal discharge, vaginal hygiene is the number rule: 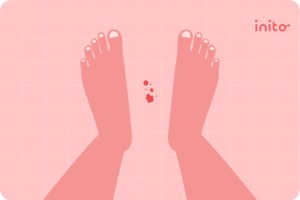 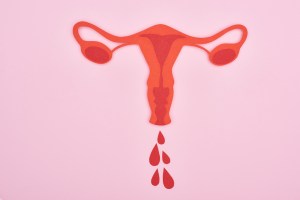 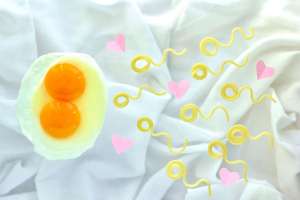 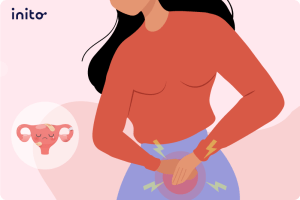 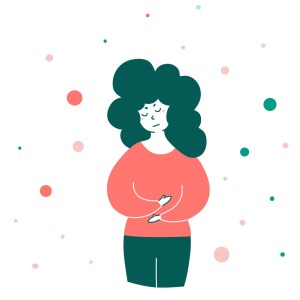 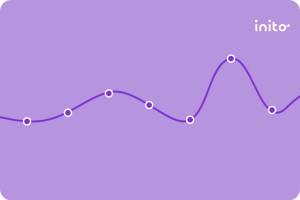 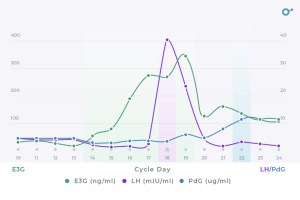 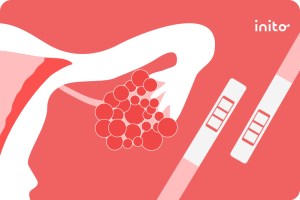 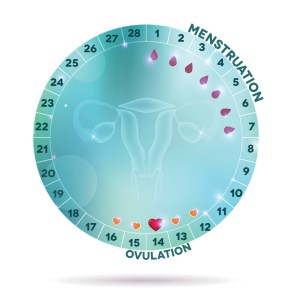 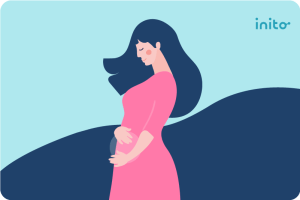